More than sixty people saw the water-reflected face of the youth on February 21st at the Deus Providebit House in Tîrgu-Mureș. The 567th presentation of the Osonó Theater’s play of 59 and a half minutes, As Water Reflects the Face, was part of the project Find Your Way to the World of Work career-guidance program of Caritas Alba Iulia. About twenty, ninth and tenth grade students from Avram Iancu Vocational High School were present at the play, students who also attend Osono’s and Caritas’ self-awareness, team building and personality development workshops within the Find Your Way to the World of Work project.

The performance was followed by an audience discussion. The production directed by Fazakas Misi has been performed 566 times up until now, in 188 settlements of 24 countries of 3 continents, it has received 12 international festival invitations and 2 awards for best performance.

In a youth camp we asked a question that I think we rarely ask young people: How do you see it? What do you think? What problems do you encounter in your family, at school, in society? There were nine young people (9-10-11th graders) and they gathered for us 78 problems – says Fazakas Misi, founder of the Osono Theater, director of As Water Reflects the Face, stating that the play hands-on all 78 themes in the language of the theater. 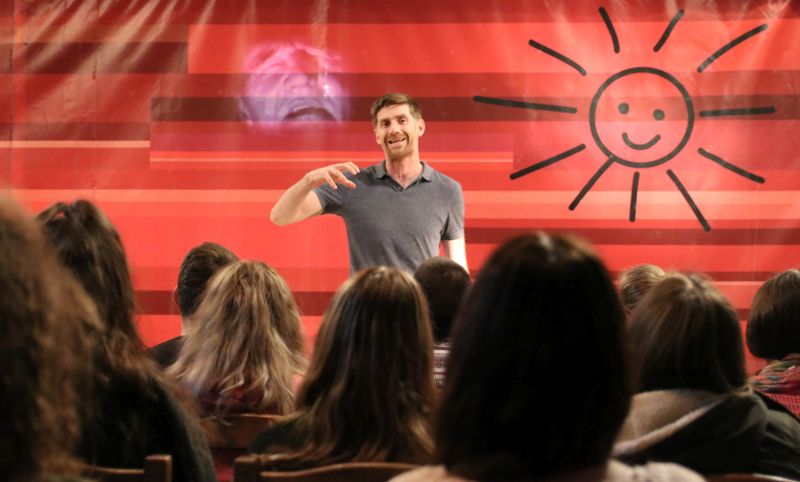 The societal-social problems that have arisen are real happenings of the youth in the camp. The performance uncovers, often astonishingly, the sexual exploitation, vulnerability, loneliness, lack of love and attention of children and adolescents within the family, so it is not surprising that many of the spectators – mostly the students – had tears in their eyes as they watched the performance.

At the end of the play, Fazakas Misi invited the audience to a discussion, highlighting the emotion-triggering effects of the various stories, scenes and props which became almost symbolic (a teddy bear, a stone block, a blender, a pair of sunglasses and headphones). As it often happens in life, it has been proven here that the same accessory – for example, a teddy bear – has evoked quite different or even opposite feelings in a host, because while someone saw the possibility of playing with the teddy bear, the other saw the lack and the replacement. 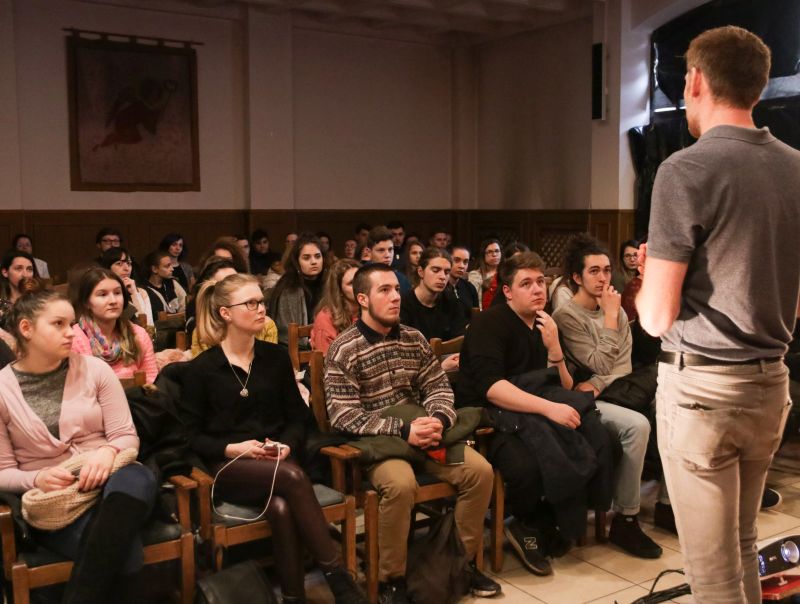 The pair of sunglasses headphones also has a strong social critique. We got a lot of answers to the question of what do young people wearing headphones not want to hear?
– Quarrels in the family.
– Criticisms.
– Complaining and negativity.
– The mockery.
– The opinions of others.
– Reality.

What would he/she listen to instead?
– Praise.
– Assurance.
– How to succeed in graduation.
– Their importance.
– The silence. 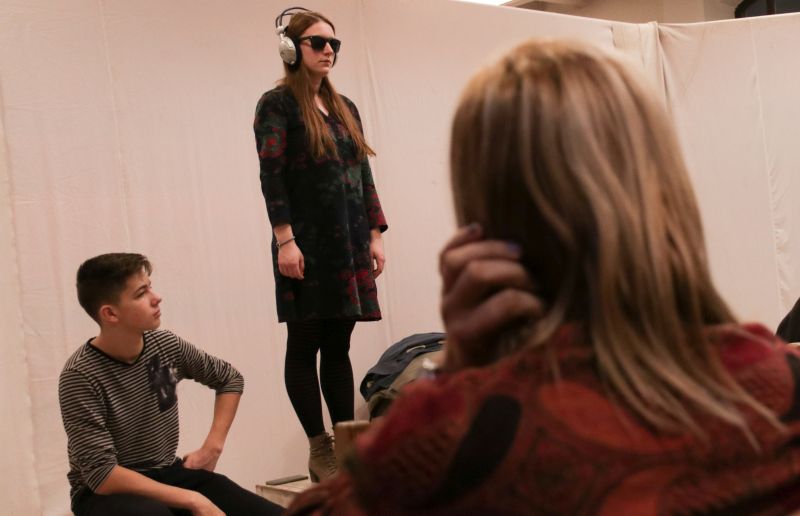 To the question which scene stood out among the others, a fifteen-year-old girl responded: When the guy on the chair asked the dad to let him closer to him, to give him love. Sometimes I try to get closer to my parents, but they don’t let me.

The discussion provided possibility for viewers to ask questions about the performance. Knowing that As Water Reflects the Face has so far been viewed in 24 different countries, the question arises: How do viewers interpret the performance in other countries with different environments and social problems?

In other countries (despite that the statistics are different), the topic of our young people being left alone, the widening gap between adults and young people, loneliness was very familiar. Although there’s a welfare society, a family that is in a good existence, the same problems still arise. There’s something going on somewhere inside, Misi says.