On Tuesday afternoon there was a big commotion in one of the rooms in the Arena. A group of small Santa Clauses set out to bring joy into people’s hearts. There was also some time to practice while getting dressed, so the children of the Superar choir of Caritas Alba Iulia set off in good spirits and singing Christmas carols. 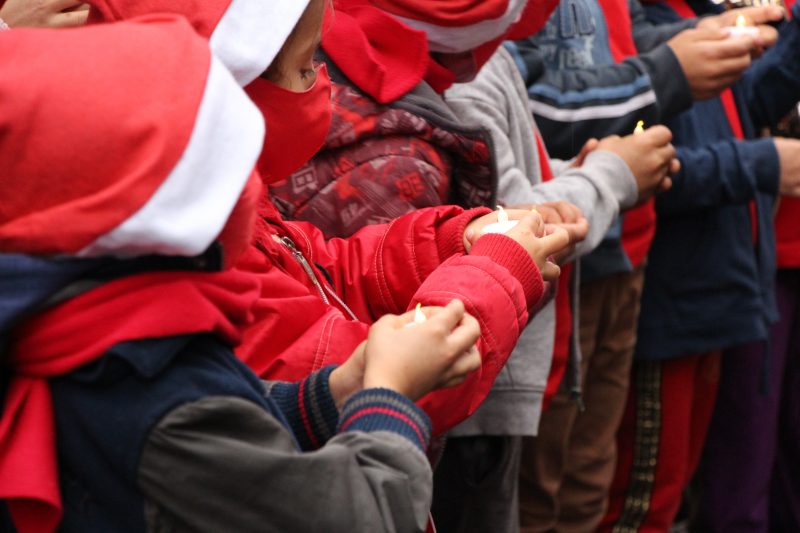 They sang to them and with them

The first stop was in Șumuleu-Ciuc, the children living in the St. Stephen Home were waiting for the performance. The gazebo rang with catchy and well-known Christmas carols. Singing the last song together was a great pleasure for everyone. Before leaving, the children from the home served their guests with warm tea and cookies as a sign of their appreciation for the gift they received: the joy coming from a child’s heart. “You did us good,” – they said as they were saying goodbyes. 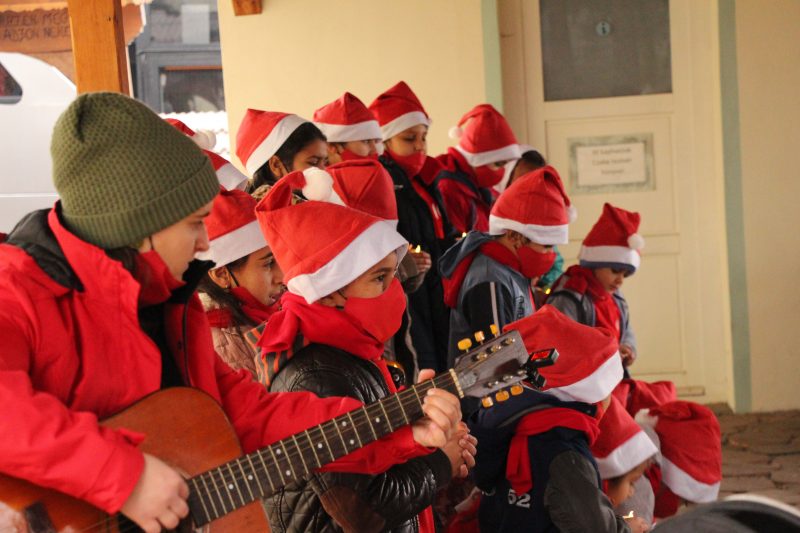 The residents of the Frumoasa Nursing and Care Home were excited to receive guests, and despite the cold, they gathered in large numbers in the garden . Many of them were touched when the children sang “Where there is faith , there is love” . Tears were rolling down their faces.

The staff of the home thanked the children for their contribution to creating a festive atmosphere and noted that “such artists have not been here before”. 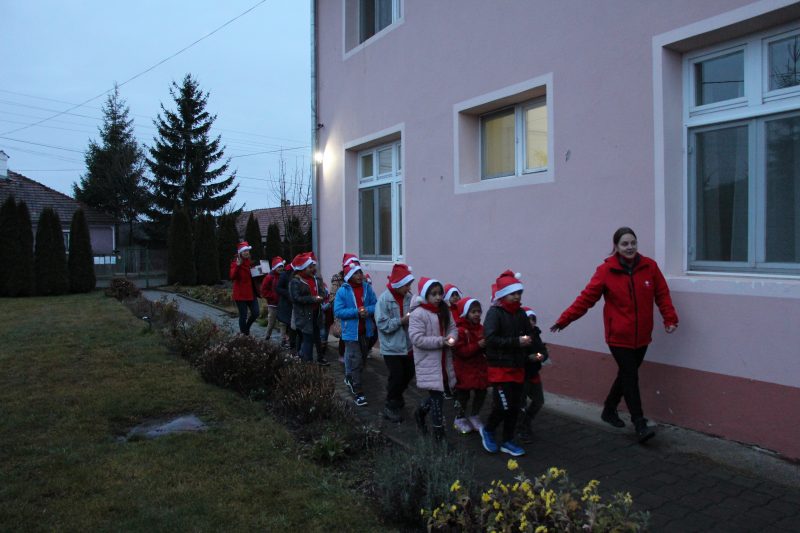 The colleagues of Superar Choir of Caritas Alba Iulia have been holding regular choir rehearsals for the children accommodated at the Erőss Zsolt Arena since mid-February. Singing and making music together, always in a pleasant atmosphere, filled with smiles and joy. They started learning Christmas songs  a month and a half ago and they chose two locations for their performances , where they felt that people needed the joy brought by the children. The children enjoyed the carolling, even to travel on the bus was a special experience for them.