The title of our report suggests quite a bit of what happened on the afternoon of October 29, 2020. My colleague and I set out in two directions to recruit our mentors and volunteers at the agreed meeting points. The destination was Odorheiu Secuiesc, and within that, the Pangastro building, where real miracles happen. What these miracles mean will be shown in pictures later.

Before three o’clock, ten young people stumble excitedly in front of the building, only three of us can enter at a time, following the usual rules: mask, hand disinfection, fever measurement, written statements and attendance sheet. After that, we head to the locker room: you can already experience the quality they offer here. Everyone has a hair net and mask while heading to the kitchen. 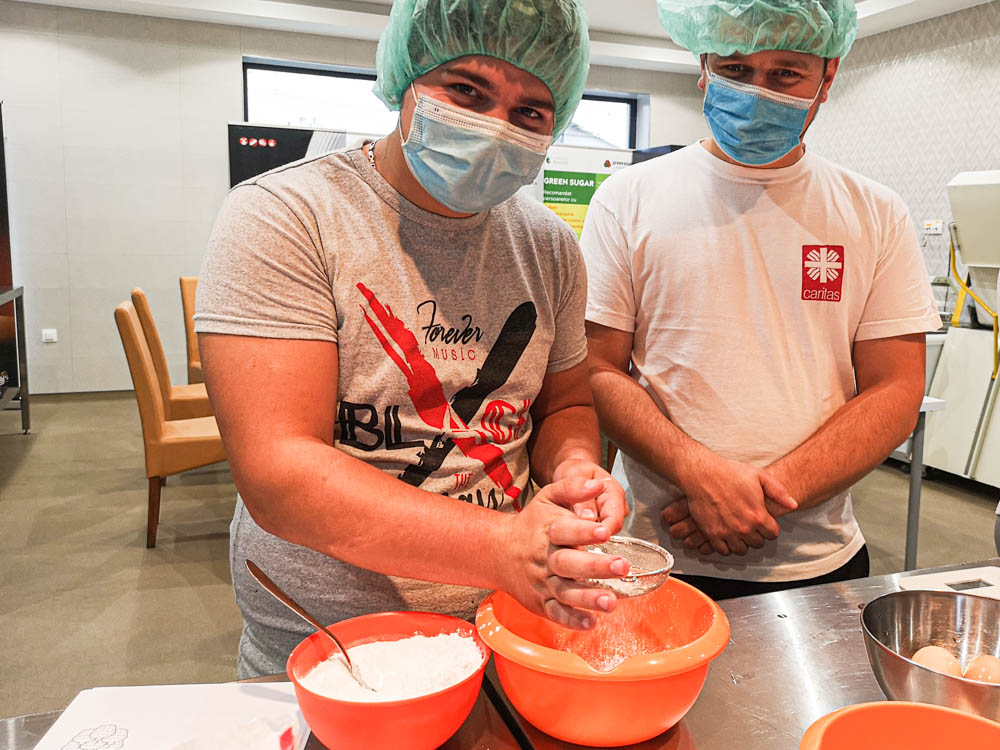 Yes, the kitchen! We came to bake! We’re going to make pizza and muffins, a quite large portion and full of quality ingredients: these are the real wonders! Everyone could get a peak in the mysteries of the pastries. We got professional explanations for every question and did everything ourselves from measurement to decoration. The chef handled the machines, we just watched how such an equipped kitchen made the work process easier. 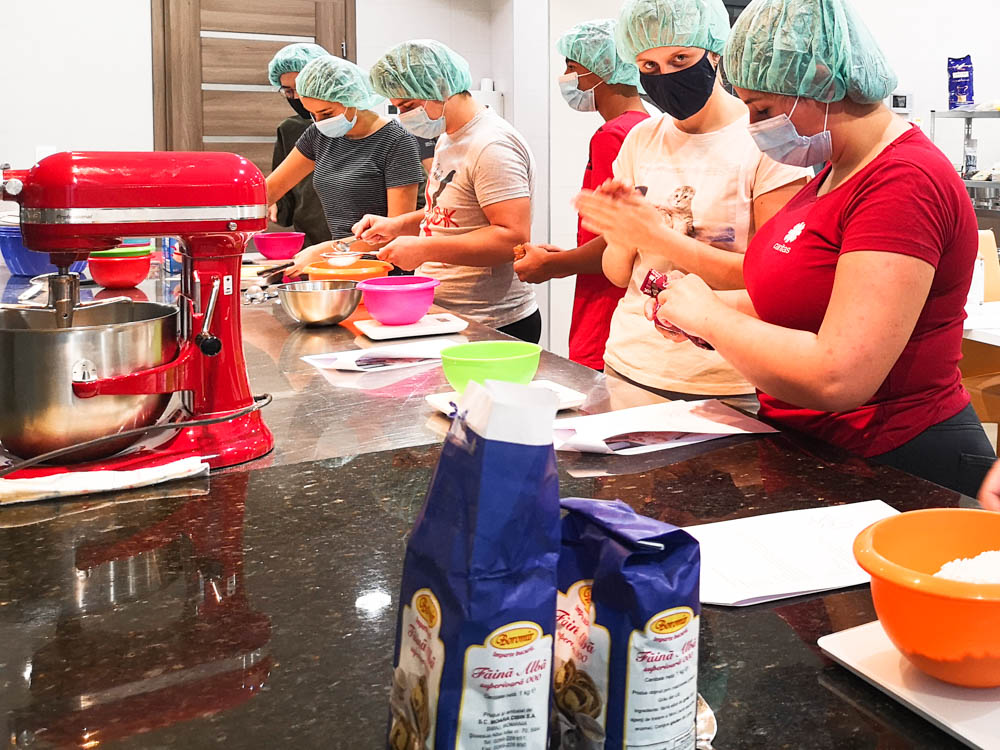 We weighed the ingredients for the pizza dough and as we were done with it, we received a gift of a pizza sauce recipe from the chef. We put the ingredients in the kneading machine and then let the machine work. Meanwhile, the baked muffins were transferred to the cooler to cool. After kneading and resting, the pizza dough was divided into 80-gram portions and was allowed to rest again. We prepared the toppings. 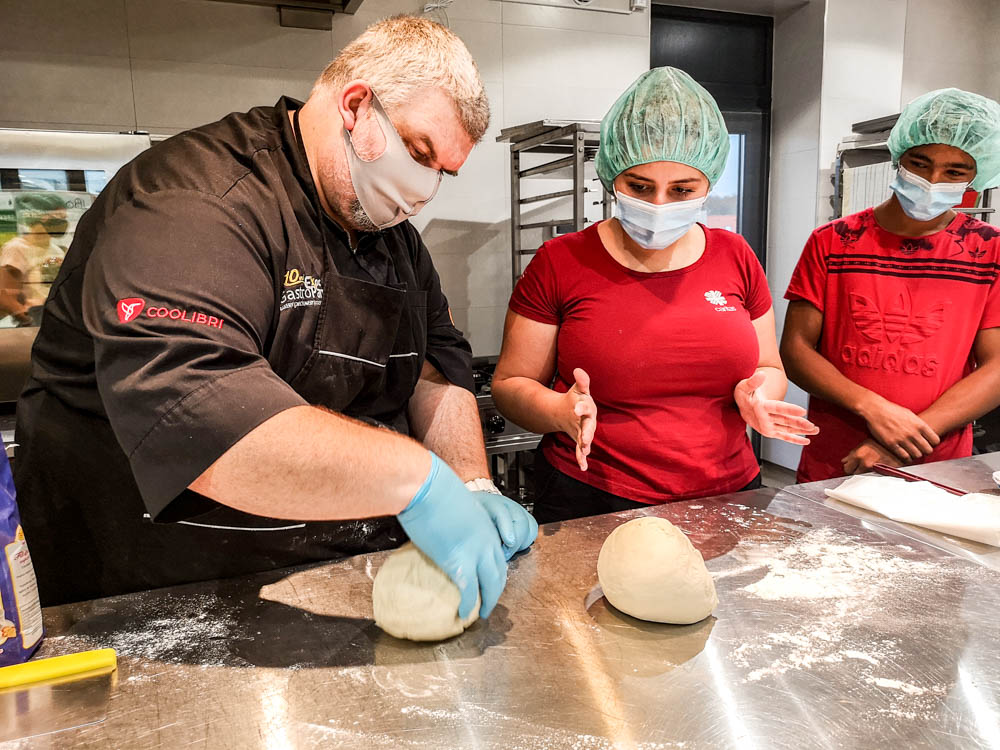 It was not a traditional pizza, but a pizza roll with ham in its dough. We stretched the dough nicely with a rolling pin, sprinkled it with ham, rolled it up, folded both ends, cut them long in the middle and turned them over. So we got a layer of dough, a layer of ham, then came the sauce, the corn, and finally we crowned it with a premium quality gouda cheese. The rest came again, but to spend the time usefully, we prepared the raspberry jam filling and buttercream for the muffin decoration. 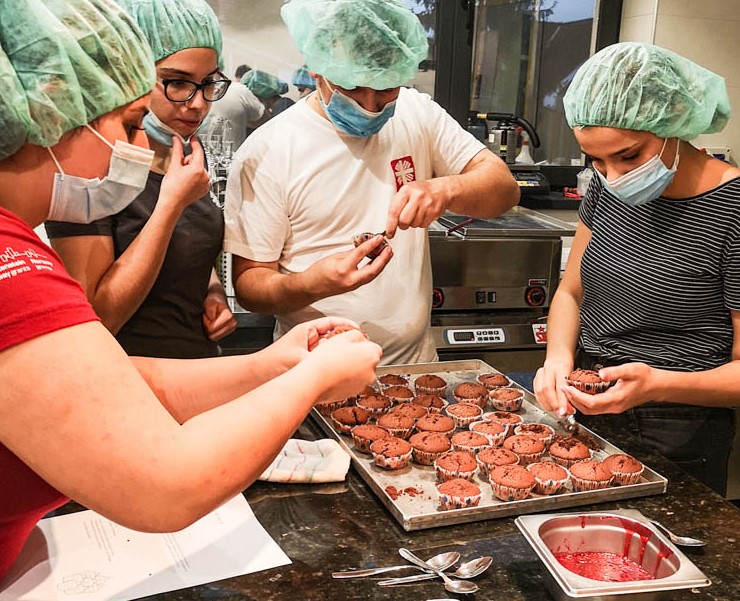 We filled and decorated the muffins, the pizza rolls took their place in the oven, and thanks to the resting, they puffed up in the baking tray. We thought the rest was coming for us now before we stuffed our bellies, but the chef was kind to us with an extra task. 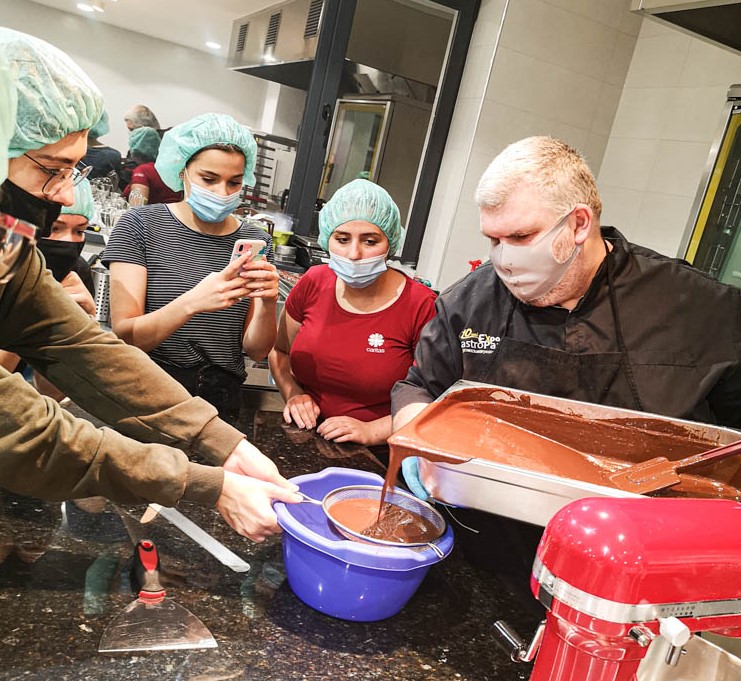 It is no coincidence that I call the extra task kindness, because the title of the report makes sense now: Life is sweet, you just have to have enough chocolate. So! Here he was, the chef got the lid off a huge jar containing chocolate melted at 40 degrees Celsius. And the extra task was making artisanal chocolate. Two-thirds of the chocolate was poured onto a granite table and tempered, gradually cooled to make it crispy and shiny when it came out of the silicone mold. After we filled the molds, everyone decorated their own chocolate; we cooled and then removed them from the mold. So many delicacies are seldom seen in one place. 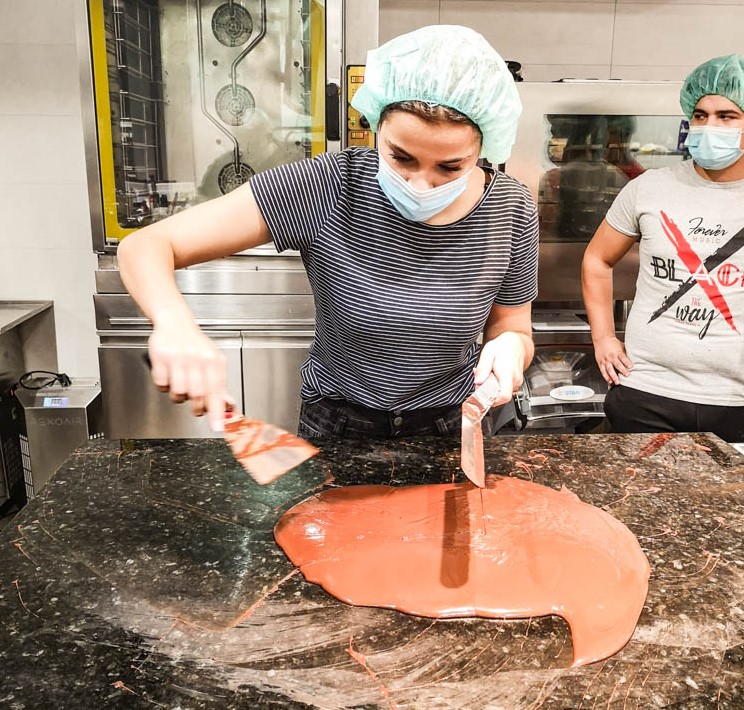 We watched the serving process open-mouthed, the chef placed the delicacies next to each other wonderfully. That’s where the magic ended. It took four hours for an almost entirely amateur team to create what can be seen in the pictures, under the direction of a professional.

Everyone left cheerfully, contentedly, returning home with science in their head and a recipe in their hand, so that they could enchant those around them at home as well. 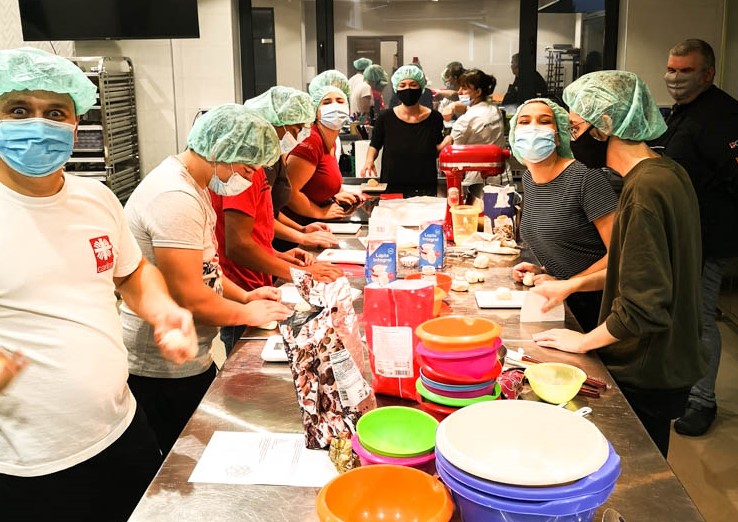 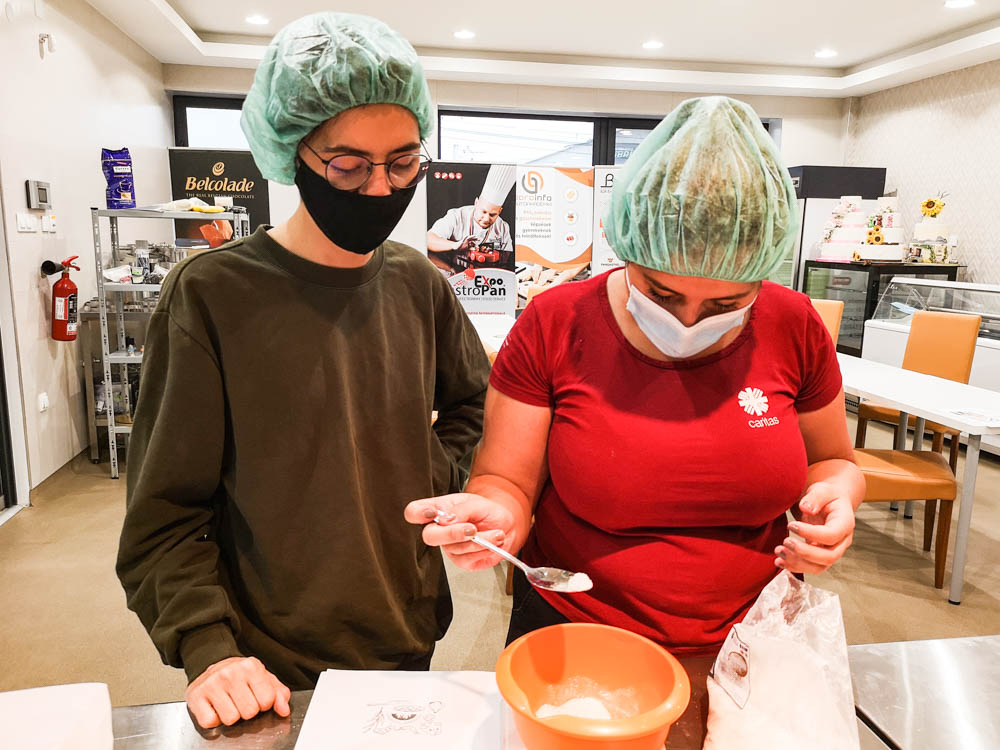 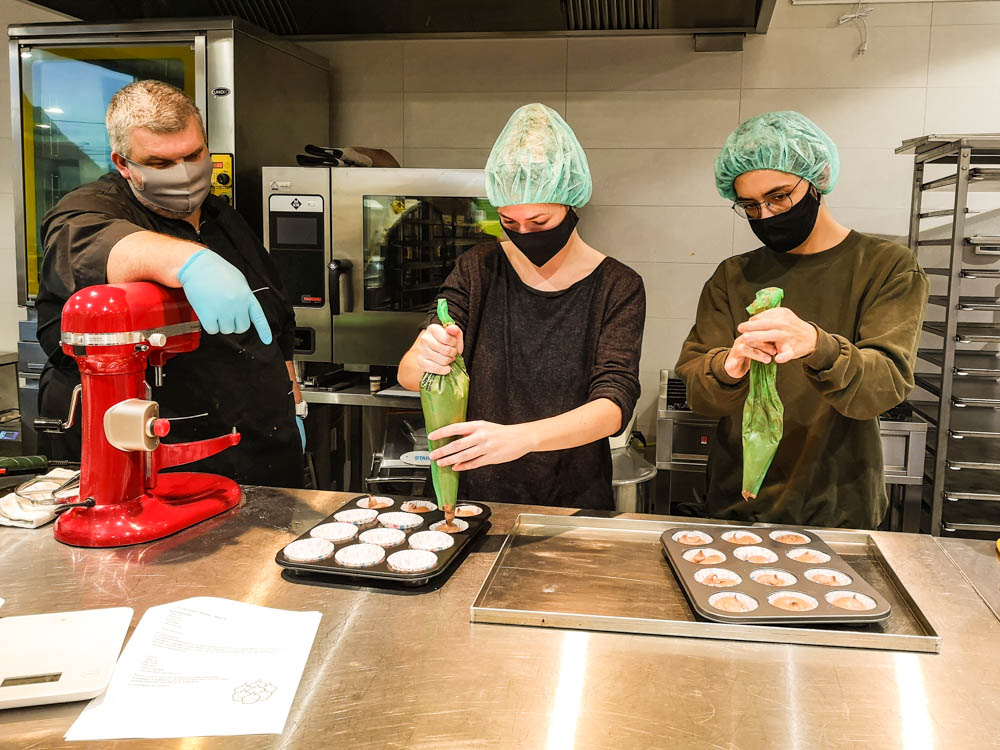 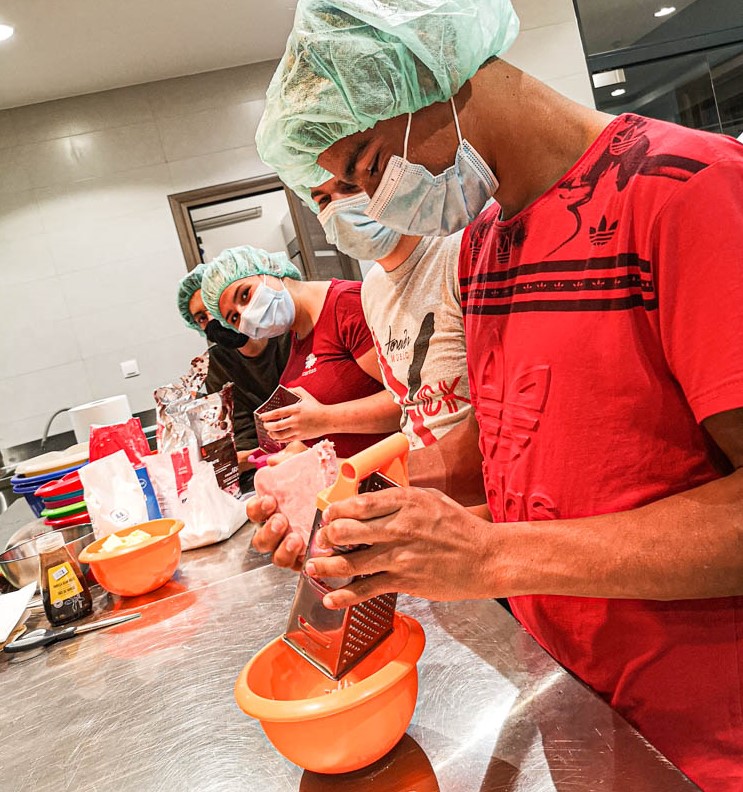 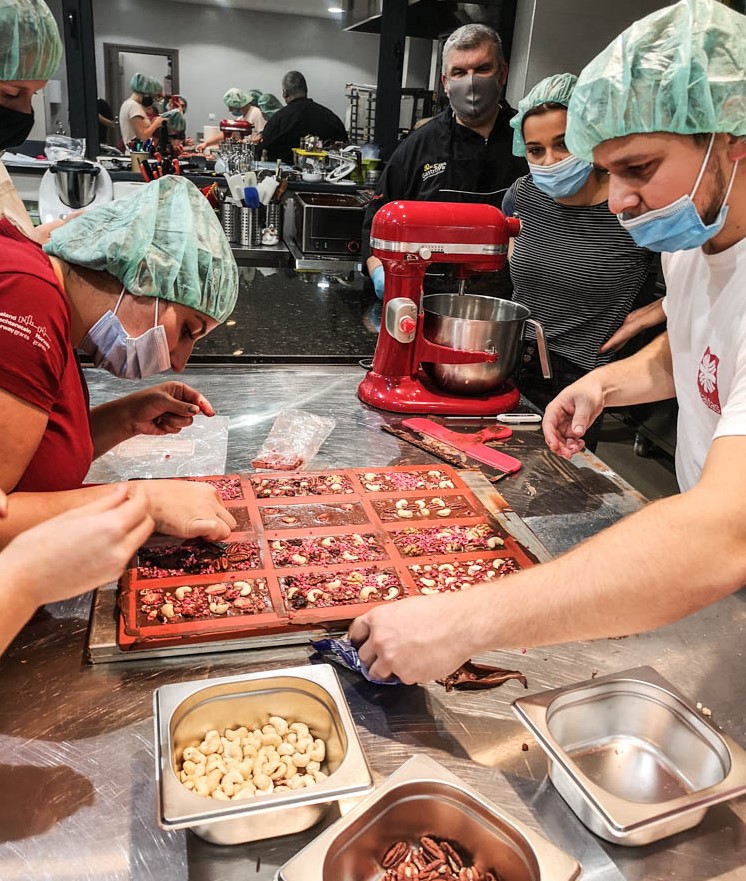 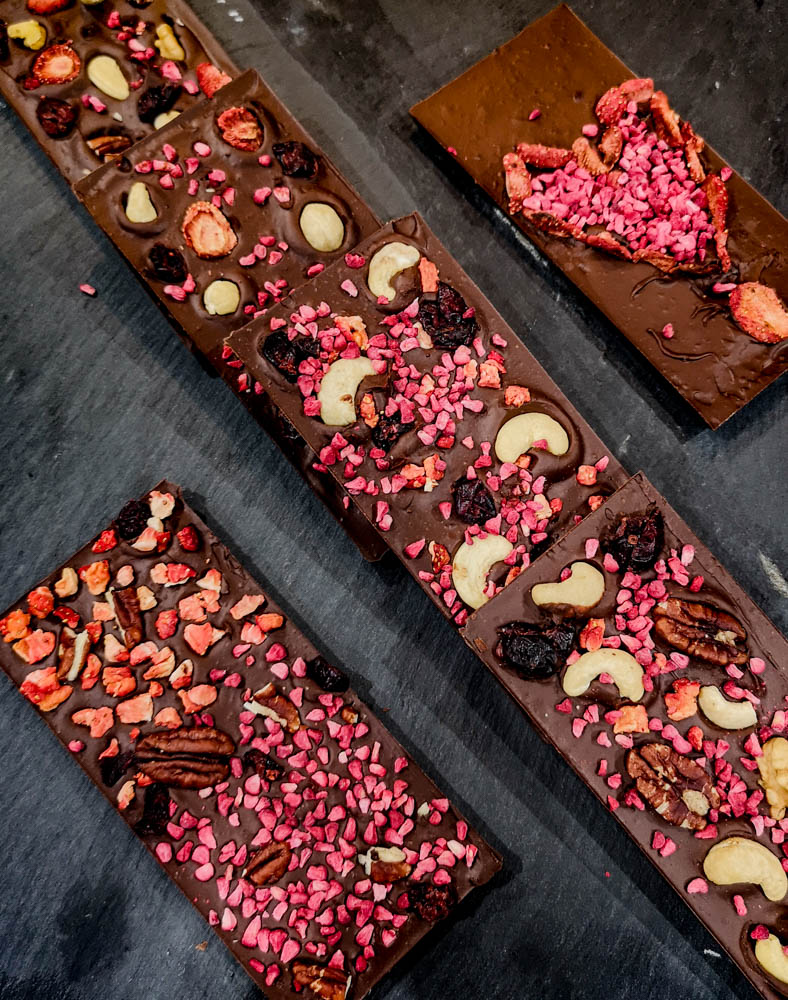 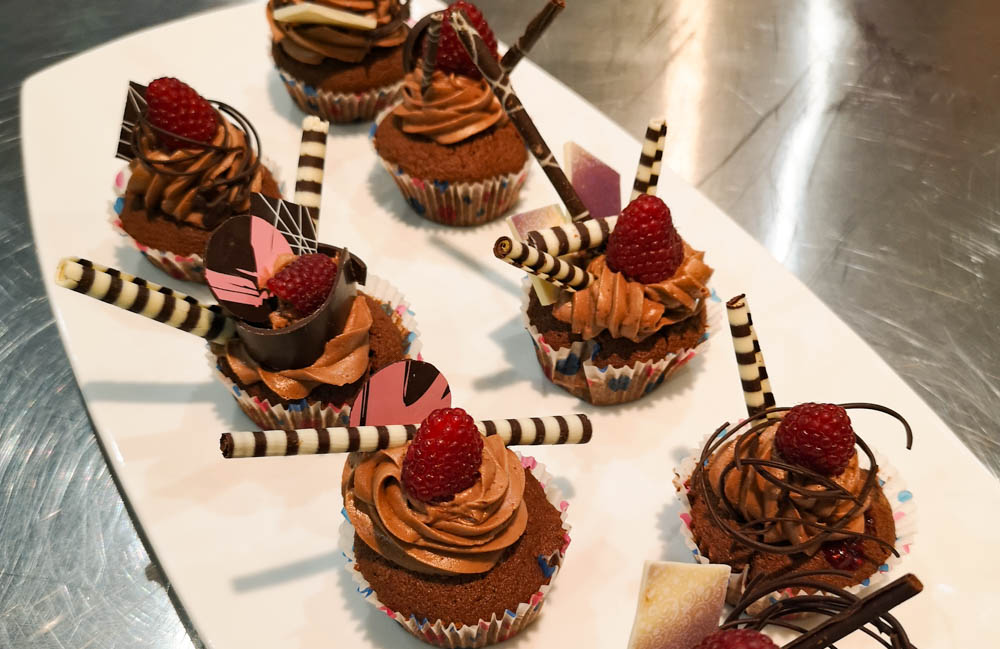 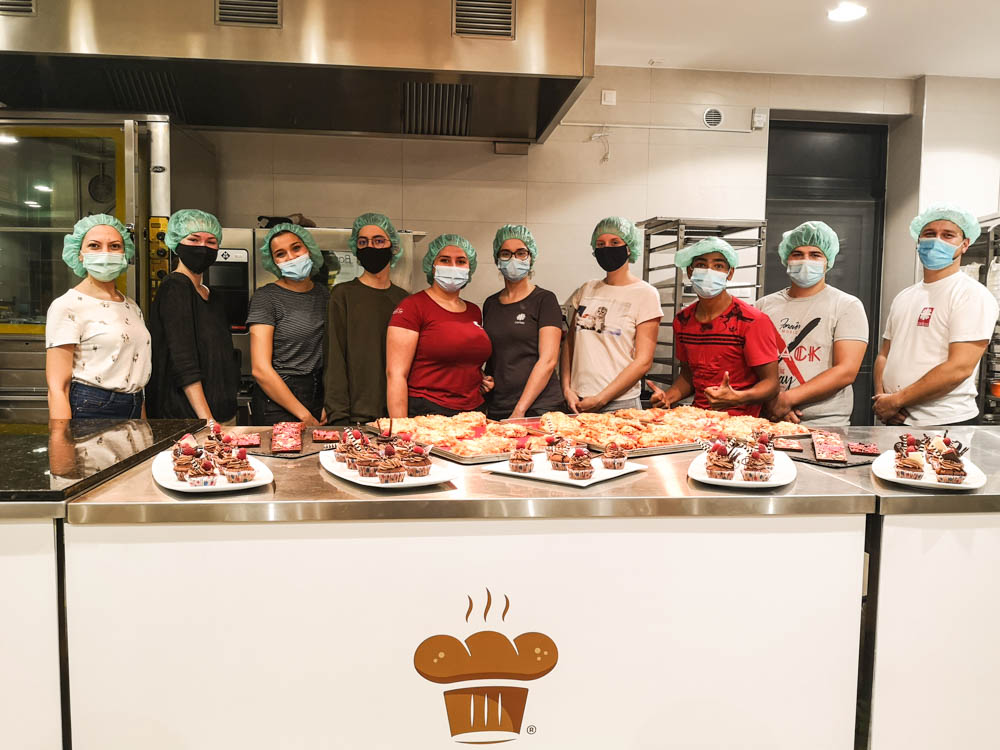