Recipe: let’s take a closer look at what we find in our chamber, in our cellar. If you are a novice chef, ask a more experienced person for help with the selection. We add our courage to the best of the raw materials: what is missing, we ask for and accept from others. Stir in with help until lump-free, then put it on a baking tray and believe that something good will come out of it, from which we can offer others as well. The recipe works even if there seems to be nothing in the chamber that could serve as food.

There’s something similar about the story that Caritas didn’t plan on, it came “as icing on the cake” to one of its projects. 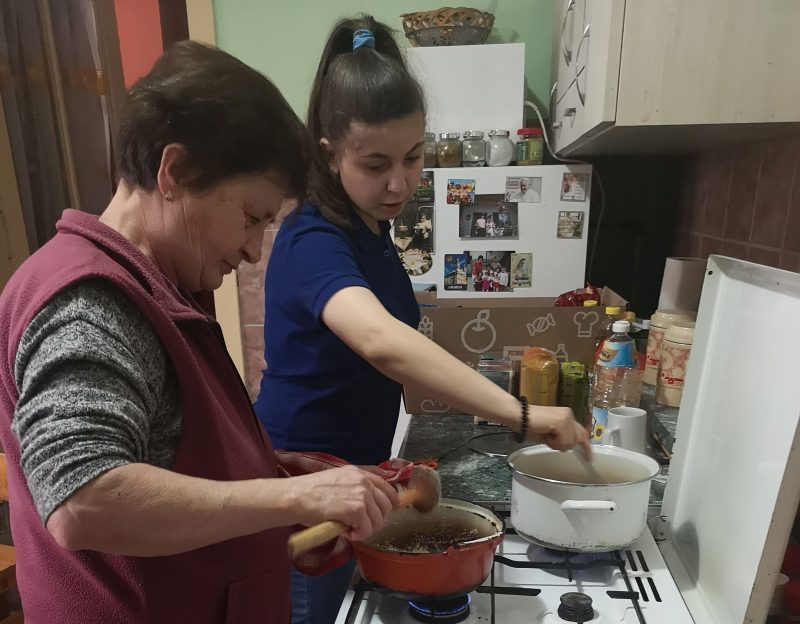 Find Your Way to the World of Work – this is the initiative in which mentors help young people who want a better fate but their circumstances take them back. In Odorheiu Secuiesc, Târgu Mureş and Gheorgheni, a couple of mentors give lectures in schools, encourage young people to believe in their dreams, find entrepreneurs who became supporters, undertake individual conversations and support in completing the school, in leaving the orphanage to start an independent life. I confess, on first hearing I classified this project as one of the impossible missions, looking at it from a distance… until I was asked to meet the young people, talk and make a short film that encourages the young people to take action, thanks to the supporters and entrepreneurs.

„Gergő, Zsanett, Kata, Linda, Zsóka – youngsters, just like you are. They’re different, though they have something in common: having aims and deciding to do something to obtain them. Their help arrived in the form of Caritas Alba Iulia’s mentors from the Find Your Way to the World of Work project. They wanted their destiny to become better, they had aspirations, and this was attractive in the eyes of supporters and entrepreneurs. You can be disadvantaged, but you can control your destiny yourself; you can earn your bread through hard physical work, but you can learn and plan a future for yourself, a home for others” – this is how the short film begins, and every word is true. It’s a true story that tells the story of young people who can’t help that they were born in a family with difficulties, that there are some of them who have lived without their mothers since they were little, and like a migratory bird they have moved from one place to another.

Together with the young people we experienced the thrills of filming, we used pseudonyms, but only this, the name was fake in the film. Everything else, with a sincere, pure intention, aimed to set an example to make it better for others as well.

As many young people, as many stories about where they come from and how far they have come during the mentoring period. One of them, who chose the name Antonia for herself, said, “I was shy, that is, I retreated, and now I feel like I have become more courageous. I have been working for more than half a year. In fact, I can already make tomato soup, fluff soup, and I learned to make pancakes, very good pancakes”. 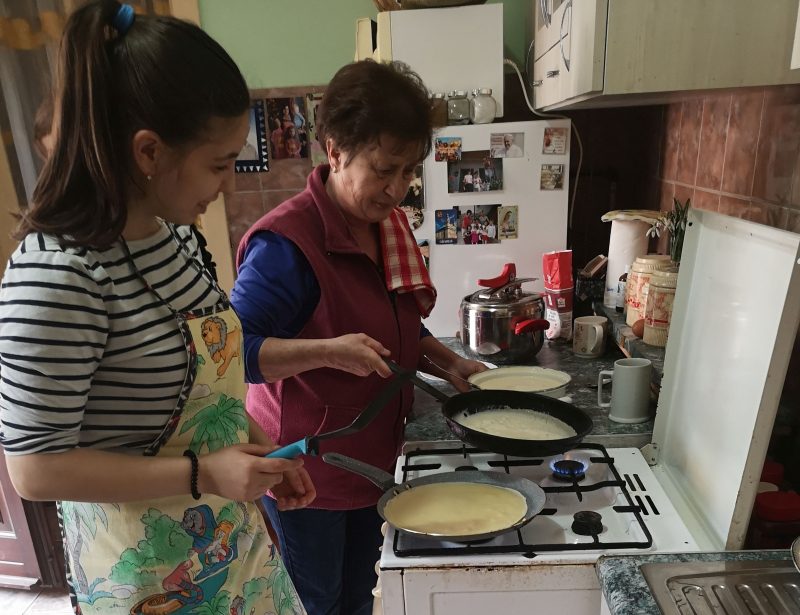 Antonia’s childhood is not among the average, she lived in a children’s home, not in a family, just like her brothers. As an adult, she had to start an independent life, but in Antonia’s words, “I thought there was no such thing as help”. Benedek Alexandra became her mentor, and during a year of working together, they achieved that Antonia became braver, found a job that, although is in three shifts, it is more about joy than fatigue. She also managed to rent an apartment where she started dreaming about what the future will be like: “I have a very good job, I will always work here and I will bring siblings here and I will surely have a family, a daughter or a son… and a faithful husband”.

Antonia seemed to be back on her feet. But this became questionable with Alexandra’s question: she would certainly buy ready-made food from her salary, and if the money was tighter, she would eat cold food because she could not cook. Is it any wonder if you don’t have enough money? Who should have taught her to cook? Who can teach her as soon as possible? Alexandra, a mentor who tried finding a solution, met István Sándor Isú, the leader of the elderly groups in Udvarhelyszék. There was an lady who could be a good cook teacher for Antónia.

Not much time has passed, and Antónia was already in lady Magda’s kitchen in Máréfalva. The aging woman, who has three children and eight grandchildren, locked herself in her home after her husband’s death, but then opened up to opportunities. “I miss my partner, I’m looking for tasks, I love communities,” she explained in our conversation. At the invitation to teach Antonia how to cook, she opened her own kitchen door and they cooked tasty food, ate it, even packed it for the cooker to take home.

Antonia receives the guidance with grace, and with each new dish she prepares, she enhances her courage. Lady Magda also benefits from being together, teaching with joy, stating that “it is important to pass on what we know and as much as they accept.” And she also learns, develops her faith and humility: “Young people need a lot of humility, otherwise we will lose them”.

Antonia went to cook school and is now studying confectionery. On the days off, they make cakes with Lady Magda, and then there will be a cake for the brothers for the holidays. She already has an idea of ​​the ingredients, and she dares to ask others for what she lacks.

Well, that’s how seasoning was born during a mentoring program, and that’s how the recipe for success lies in will and encounters. They already know that there is a way to help. There is a recipe that works even if there seems to be nothing in the chamber that could feed.