The Family Assistance has organised for the 5th time the Carnival for Elderly People involving those living in the region of Székelyudvarhely. Thanks to those many helping hands, the preparations took shape pretty fast. 28 volunteers undertook to help in the running of the program.

When everything seemed to be in place, the organizers begun dressing in fancy-dresses, and to conjure themselves in the traditional dresses of different cultures. It was an exciting preparation. The clock was showing 6 slowly and I was standing in the hallway wondering about those 350 elderly people, who had arrived to the ball with tasty food in their bags. In the doorway every participant was expected with joyful sounds of music, promising glances, tasty snifter and crispy cakes. This time Felsőboldogfalva was the host of the evening. After everyone took seats, we began the celebration right away, and told a few jokes to our guests, and then we performed a dance for the elderly people, whereupon we performed dances of different cultures. 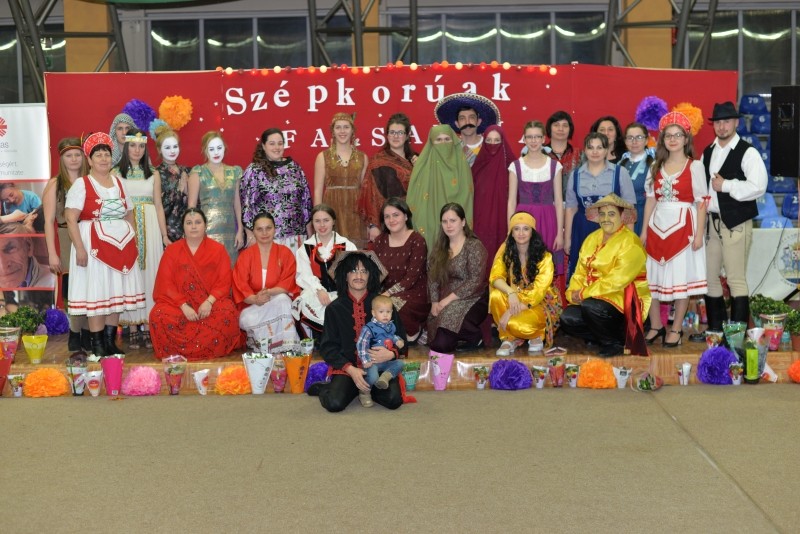 After this the show had begun. We could see different acts in a humorous manner performed by those in the beauty age who came from the surrounding villages. I was watching with wet eyes the tasty and joyful performances of the elderly. The carnival was ever resounding of music. Everybody had the opportunity of taking photos, and hearing this almost everyone took a shot of this swell program.

It was a pleasure to feel and watch every single minute of the program and the tombola drawing full of excitement, the many skilled old women, who were dancing forgetting every trouble they ever had and even invited us to join them. I was asked too, to dance along with them, and the true fun then had just begun for me. We seldom could see sitting persons, and the old folks danced the most carelessly.

The whole place was warm with love. The customary spicy sayings weren`t missed out either, and we could hear even old songs and greetings. Once a pleasant little conversation reached my ears. At about 1 a.m. two old ladies were talking, coming from the bathroom and were saying sorrowfully:

– How we will go to the early mass in the morning?
– Let it be, we will join the later one!

I smiled at hearing this and enjoyed further the ball. When it was over, we tidied the place. This ball proved me that even the old people can truly have fun!